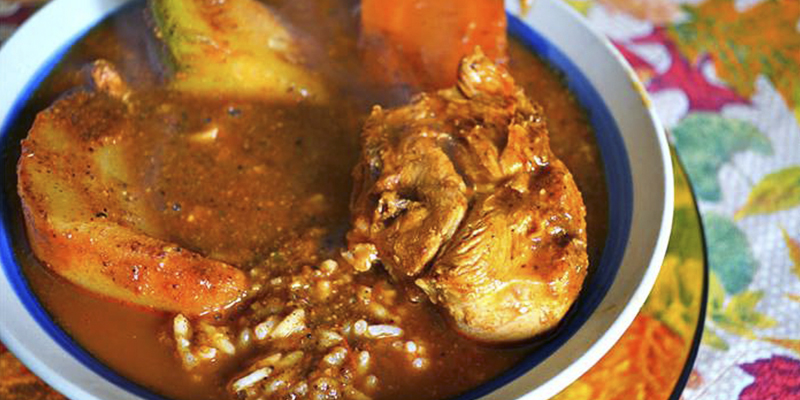 Juan José Gutiérrez Mayorga recalled a few days ago that the government declared as Cultural Heritage of Guatemala to different and delicious dishes, purely chapines.

These dishes have more than four centuries of existence and are a fusion of ingredients originating in pre-Columbian Guatemala, mixed with Hispano-Arabic products, which the Europeans brought to the new world.

They are dishes made from broths and sauces, seasoned with spices, herbs and vegetables, accompanied by meat or chicken in the case of Jocón, turkey in the Kaq’ik, and chicken in the Pepián.

However, the kaq’ik is a food of indigenous origin and its preparation continues with the original recipe and ingredients.

These dishes were created during the XVI century in the kitchens of the families of the kingdom of Guatemala as well as in the convents, being these descendants of Spaniards and Creoles.

The pepián was served in religious and political ceremonies such as the change of leaders.  This dish is prepared in several ways with black or red recado, you can add hen, chicken or beef ribs. 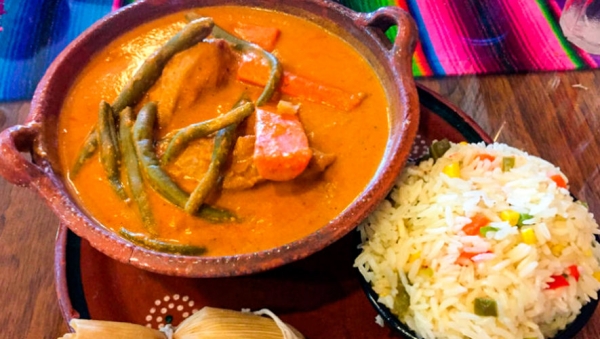 After the ingredients of the first step are completely browned, they should be blended together, adding also the cilantro and a little of the broth from the cooked meats.

This liquefied mixture should be boiled for approximately 30 minutes. Finally, the meats and vegetables are added to mix them until they boil again and the broth thickens.

Pepián can be served, if possible, in clay bowls accompanied by white rice, tortillas or corn tamales.

You may also be interested: Todos Los Santos celebration in Guatemala